My journey with mechanical keyboards began when I was an intern at a Big Chip Company TM. My coworker had just bought a Poker 2 and I was mesmerized by the precise and delicate “shicks” it produced, not to mention its sleek and compact profile.

Upon landing my first job, I bought my first mech keyboard, a KeyCool 84 with early Kailh brown switches. I was deeply disappointed - it was clunky and cheap feeling compared to the Poker. However, my faith in mechanical keyboards was restored when I bought a Poker 3. It was just as magical as my coworker’s keyboard, although its lack of arrow keys kept me looking for something better. Over the next few years, I bought and sold keyboards, not limited to:

But after trying all these keyboards, I concluded that, just as the Jedi must build his own lightsaber, so the software engineer must forge his own keyboard.

Because of chronic RSI issues, I had the vague idea of building a split keyboard. For a while, I was strongly considering the Mitosis keyboard. However, the idea of constantly changing batteries didn’t seem appealing, and I didn’t feel a strong need for a wireless keyboard. I also looked into the Iris and ErgoTravel split keyboards, but something about their layouts seemed “off” to me. I was struck by the futuristic aesthetics of the Dark Matter keyboard ever since I saw it, but it and its successor eventually fell into obsolesence. 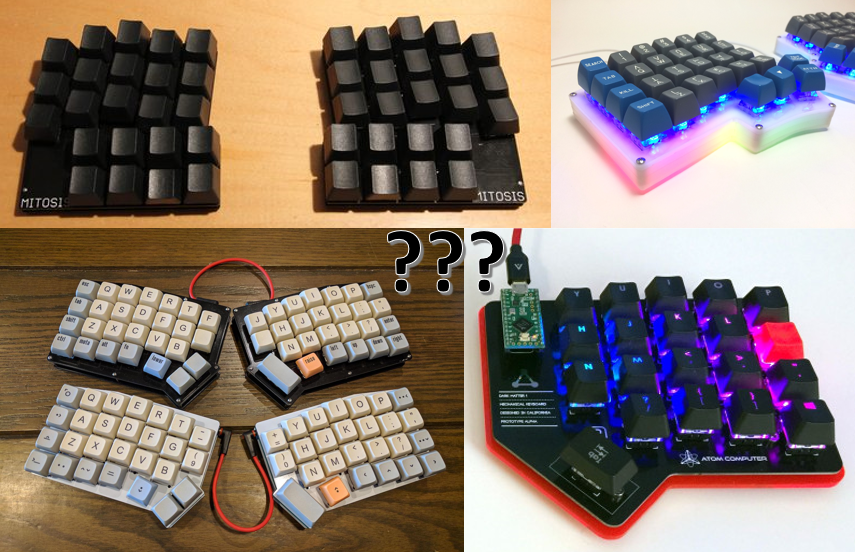 One day, I was browsing the internet and stumbled across the Lily58 Pro. It was like seeing the Dark Matter for the first time all over again. Only, the layout was even better with the addition of a number row, OLED displays, and hotswap sockets, which enabled you to replace keyswitches without soldering. The Lily58 it was!

The Lily58 hardware specs are fairly standard for a split keyboard of its class:

The two halves of the keyboard communicate over a TRRS cable with a USART serial interface.

Now that I had selected a keyboard, I also had to answer the all-important question of what keyswitches to use. I had heard good things about the Kailh Box Jade switches and was impressed by their thockiness. However, I had already obtained a reputation for being the loudest typer in my office, and word on the ground was that the Kailh Box Jades sounded like machine gun fire.

Through browsing the mechanical keyboard subreddit (yes, there’s a community of us weirdoes, doing crazy things to keyboards and our wallets), I discovered the Hako Royal Clear, an extremely tactile 50g switch that appeared to be a good step up from the Cherry MX brown. Several users claimed it was a decent alternative to the extremely popular, but exorbitantly expensive Zealio keyswitches.

After ordering parts and waiting a few weeks, the PCBs arrived: 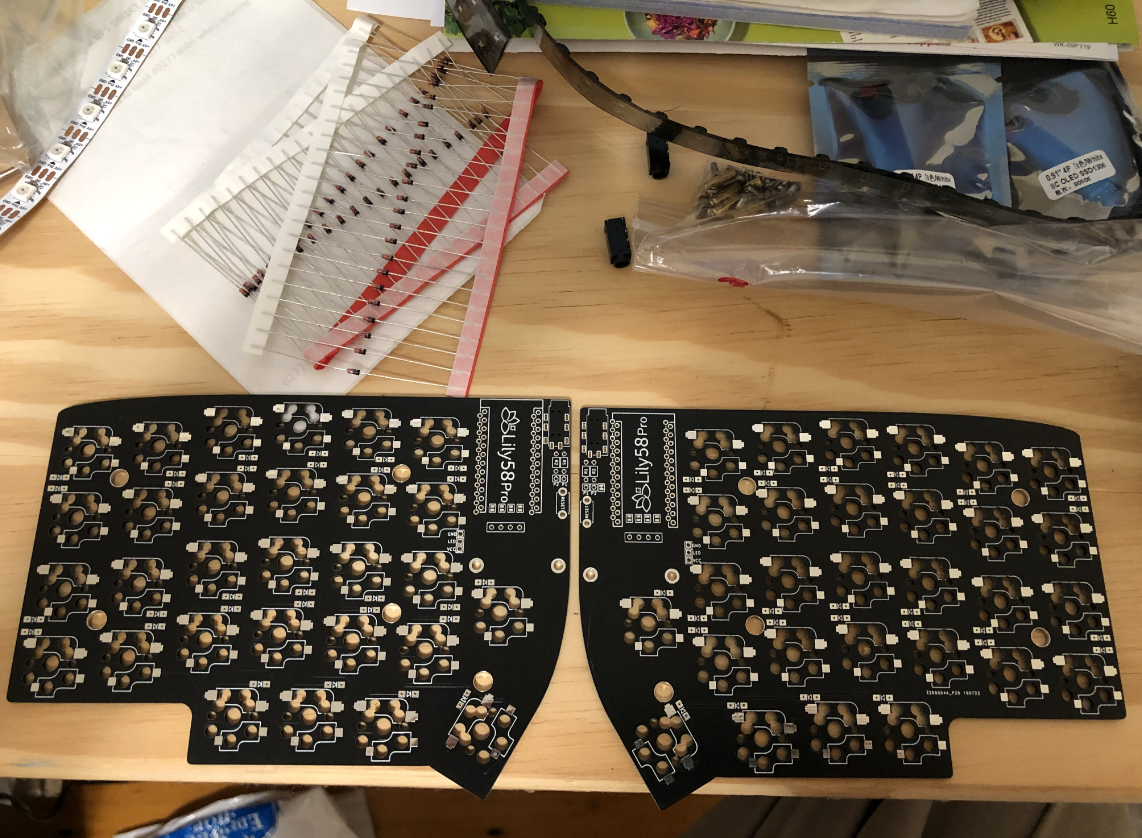 Little did I know how difficult they would be to assemble. To be continued…