Long ago in the 1980's, the geeks of yore wielded RPN calculators such as the HP-42S at the local diner. Calculating tips since has never been so cool.

But what is RPN? RPN stands for “Reverse Polish Notation", a syntax where operands are given before the operator. This is somewhat backwards compared to infix notation, which normal humans are used to, as well as prefix (aka “Polish”) notation, which is used in Lisp and other languages. Some examples:

Who would do such a terrible thing? Surprisingly, there are some tangible benefits to RPN. Arithmetic expressions in RPN don't need parentheses, leading to faster input due to fewer keystrokes. Various studies also show RPN calculator users routinely beat out their infix-using counterparts in speed tests.

Nowadays, traces of RPN are hard to find. They exist only in HP-42 emulators and in song, and occasionally when Yoda has something to say in the latest Star Wars movie.

But weep no longer friends, for RPN calculations are back on the iPhone with everyone's favorite editor, emacs!

Emacs on the iPhone

iOS has a shiny new shell called iSH which is essentially a 32-bit emulator for Alpine Linux. Since it is still in beta, it may be installed using Apple's TestFlight app (used for beta testing apps). Install it with the following steps:

The next order of business is getting emacs - it has a suprisingly advanced RPN calculator called calc. Run the following in the iSH shell to install emacs:

Next, download an sh script by kqr that launches emacs calc from the command line, make it executable, and move it to /usr/bin so it can be executed from anywhere:

Voila! You now can launch emacscalc by running ec. Now how about calculating that tip?

Since emacs calc is an RPN calculator, you first need to push the operands on the stack, and then complete the computation by entering the operator. So to calculate a run-of-the-mill 18% tip on $8.35, we'd enter the following:

Here are a few other basic commands that can be useful:

There is also the full gamut of commands for stack manipulation:

Now you can impress your friends with your backward calculations and give those iVim users something to think about.

radare2 is a fun reverse engineering framework with powerful features and a vertical learning curve. Surprisingly, you can get it on your iPhone as well. Just run:

It segfaults on executables of any real size, but try something smaller and you're off to the races! 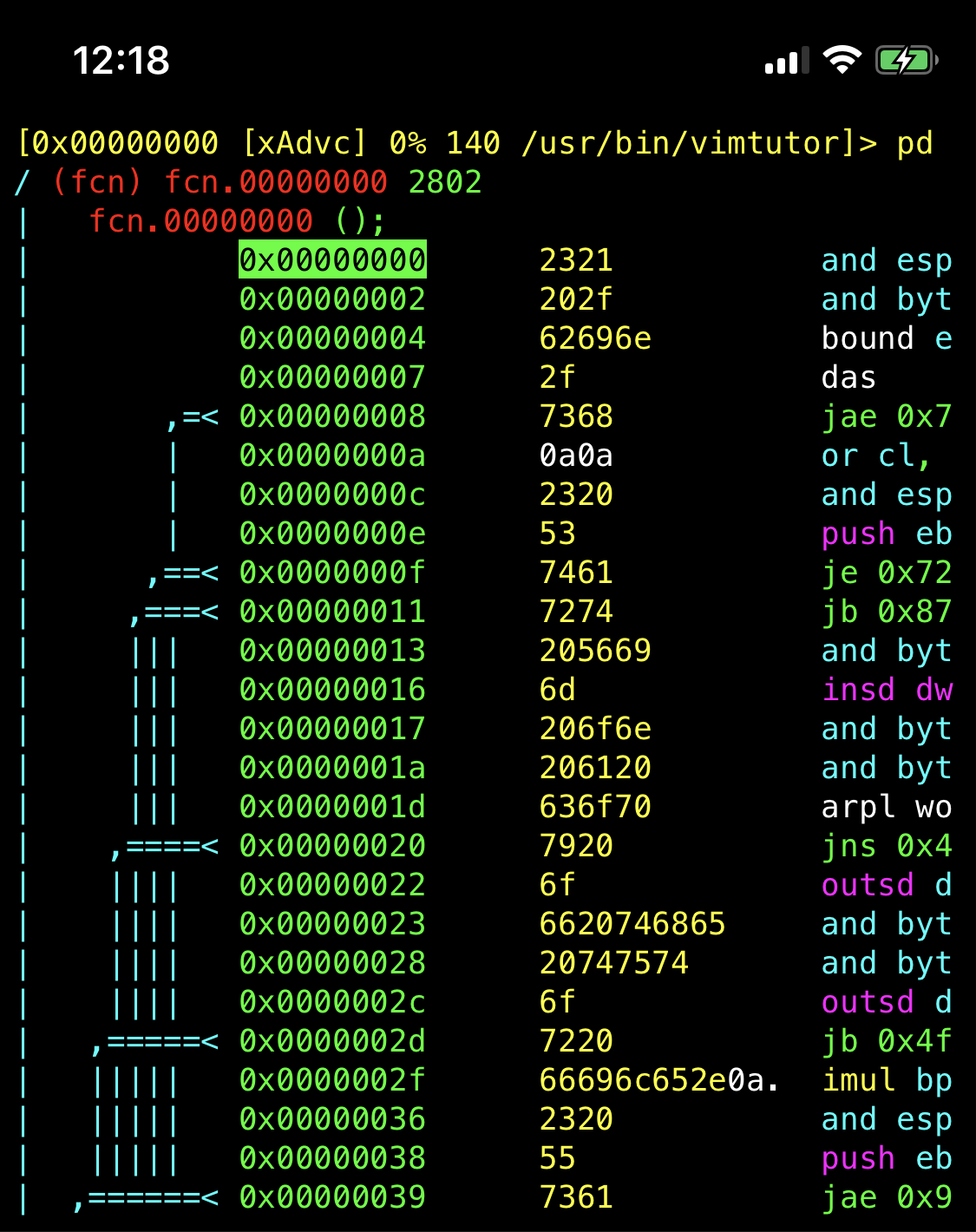 For command-line fans of every stripe, there's a highly functional reddit browser called rtv. So functional, in fact, that I prefer using it instead of my browser.

To view certain subreddits, either one or multiple, you can use the -s option.

It scratches my inner gui luddite. 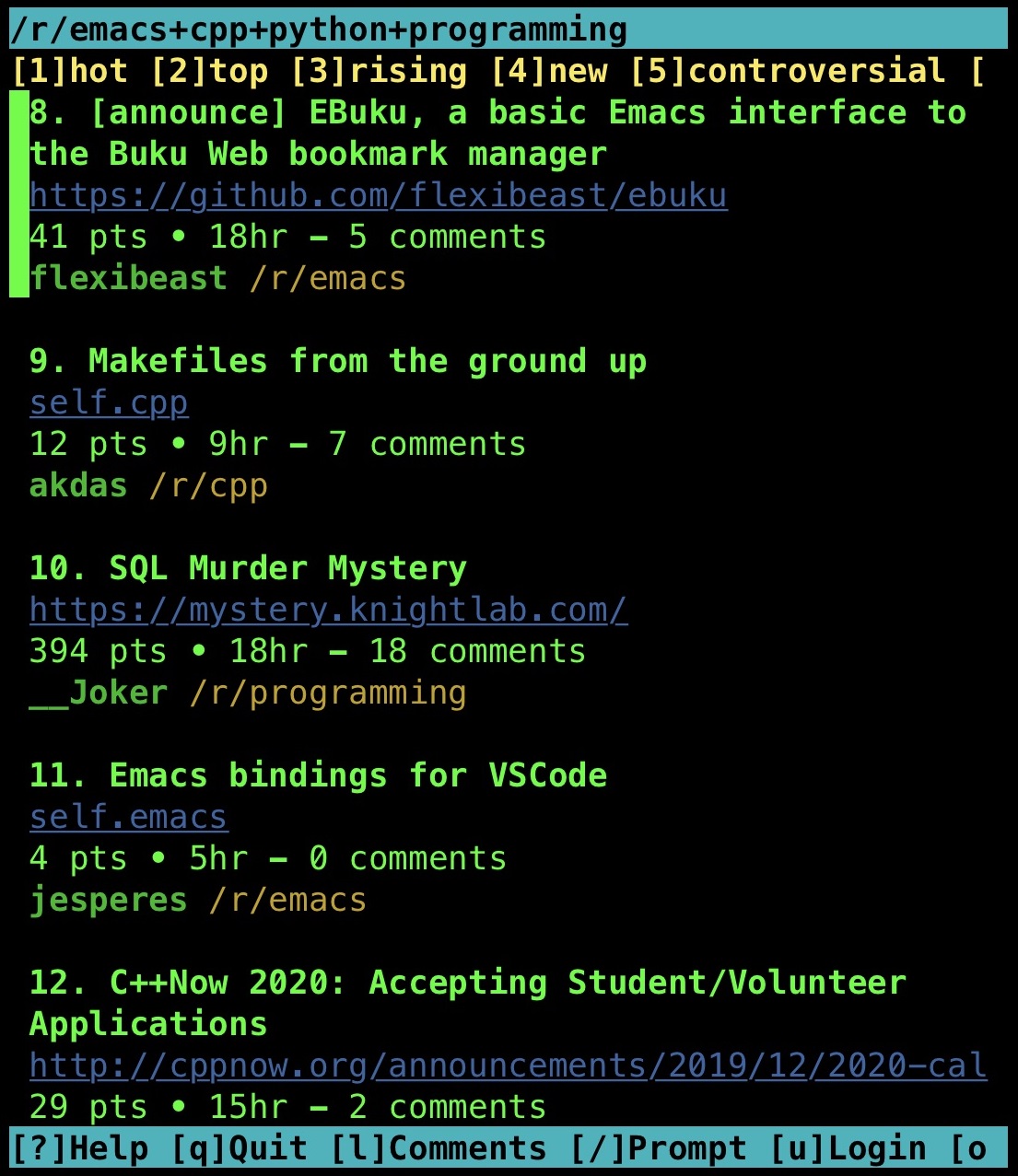